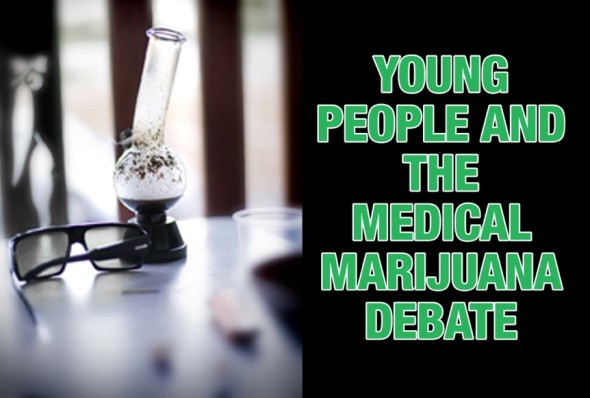 The debate about the use of marijuana for medical treatment has developed considerably over the past 12 months and has been highly publicised in the media. I recently presented one of our Party Safe Education seminars in a school where students had just completed a debate about the legalisation of marijuana. When presenting the information to students about the harms of marijuana, particularly to the mental health of young people, there were a few questions. “But isn’t it good for sick people?” “Why are people trying to legalise it?”

So what do we currently know/not know about medical marijuana? There are 3 clear messages that young people should walk away with from this topic.

1. Young people who use marijuana are at risk of physical and mental health harms

Young people need to know that the ongoing medical marijuana debate does not discount all the current and previous research that clearly states that marijuana use is of concern to young people’s short and long-term health. Of particular concern is the links to exacerbating current mental illness or developing one.

2. Medical marijuana is different to marijuana off the street

Medical marijuana that is currently being trialed with people battling severe illness is not the same as marijuana off the street. The marijuana plant contains over one hundred chemicals known as cannabinoids. To date, there are only two cannabinoids that have been proven to have medicinal properties THC (delta-9-tetrahydrocannabidol) and CBD (cannabinoids) and these are currently being trialed and explored as to their short and long term effects on a person’s health.

Marijuana off the street does not become medical marijuana when used for treating a medical condition. This is why there is concern for those who are illegally obtaining marijuana to treat their severe illness, as there are many unknowns about the short and long-term effects of this and we know many of the harms caused by marijuana use.

3. There remains considerable uncertainty about the effects of medical marijuana.

Whilst some clinical trials have taken place, the overall consensus is more research is required to be closer to knowing whether it is safe for people to use medical marijuana. In September 2014, Australian clinical trials of medical

marijuana specifically for children with severe epilepsy and terminally ill cancer patients were announced with many other states conducting inquiries.

Be encouraged to have these debates…

I was excited to meet a group of students who had debated this topic in their English class. This is a clear example of great cross curricula links and achieving many of the goals of the Australian curriculum. I would encourage all staff to investigate further what is being discussed on many of the television programs aired about this topic. In most cases there is always more to the story and it is always important to do some more investigating to find the bias presented. This will ensure young people walk away with a clear understanding about the current research and what medicinal marijuana actually is.

If you’d like to clarify information for young people in alcohol and other drugs or other party safe topics, you can contact Kimberly Price, Education Manager at Encounter Youth on 08 8179 0300 or [email protected] Alternatively visit http://www.encounteryouth.com.au/party-safe-education/seminars/.

For a comprehensive paper framing the debate, see HERE