Teens say social media a positive in their lives

Teens say social media a positive in their lives 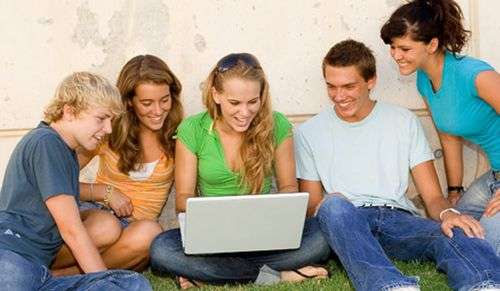 For the vast majority of teens, using social-media sites and texting has become a part of daily life, but they still prefer communicating face-to-face, according to a survey released Tuesday.

Overall, the teens who participated in the study painted a positive picture of the influence of social media on their relationships and self-image. More than half of these “digital natives” — the first generation to have grown up with Facebook — said these technologies have helped them keep in touch with friends, get to know other students at their school better or connect with those who share a common interest.

One in 5 said that using social-networking sites makes them feel more confident, popular and sympathetic to others.The national study of more than 1,000 young people between the ages of 13 and 17 by the child advocacy group Common Sense Media generally debunks the popular perception that using social-media sites is inherently harmful because of the dangers of isolation, bullying from peers, the release of private or personal information, or online predators.

However, the report did contain hints of what it called “Facebook fatigue,” with a significant number saying they are “addicted” to devices (41 percent for cellphones), would like to unplug sometimes (43 percent), or go back to a time before Facebook was invented (36 percent).

via Teens say social media a positive in their lives | HeraldNet.com – Work.