Kids’ Earliest Memories Might Be Earlier Than They Think

Kids’ Earliest Memories Might Be Earlier Than They Think 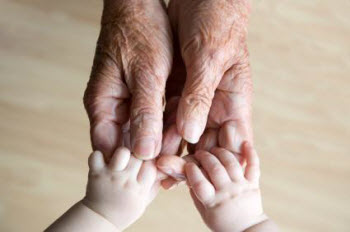 The very earliest childhood memories might begin even earlier than anyone realized – including the rememberer, his or her parents and memory researchers.

Four- to 13-year-olds in upstate New York and Newfoundland, Canada, probed their memories when researchers asked: “You know, some kids can remember things that happened to them when they were very little. What is the first thing you can remember? How old were you at that time?” The researchers then returned a year or two later to ask again about earliest memories – and at what age the children were when the events occurred.

“The age estimates of earliest childhood memories are not as accurate as what has been generally assumed,” report Qi Wang of Cornell University and Carole Peterson of Memorial University of Newfoundland in the March 2014 online issue of Developmental Psychology. “Using children’s own age estimates as the reference, we found that memory dating shifted to later ages as time elapsed.”

via Kids’ earliest memories might be earlier than they think.