The disturbing world of ‘pretty or ugly’ videos

The disturbing world of ‘pretty or ugly’ videos 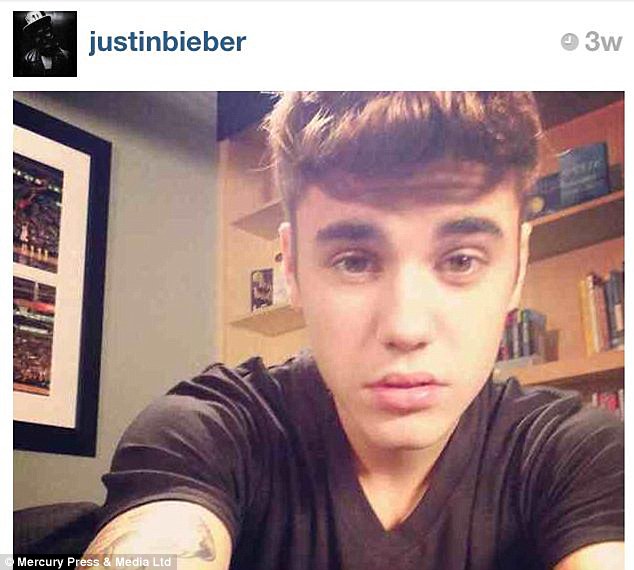 When I was a teenager I would spend hours in my room singing into my hairbrush microphone in front of the mirror.  Go on, admit it, you probably did the same.  Indulging in some self-love is a fundamental right of childhood.

For the kids of today the mirror has morphed into a small pixelated screen where they can record their egocentrism and indulge in it over and over again.  My phone is full of hilarious and delightful videos of my kids being rock stars, Zoolander-like models, drama queens and zombies.

As kids become tweens the old mirror/now screen becomes more than a place for hamming it up.  It becomes an aid to becoming.  Kids of this age are looking to see who they are and what they will be and as their bodies change there will be inevitable questions and comparisons to others.  For girls that means considering ‘am I pretty?’  For boys asking ‘am I good looking or cool?’  Like it or lump it, for most of us these are the barometers of self worth at some stage in our lives.

Since the mirror and the lockable diary went the way of the dinosaurs, private moments of questioning and self-discovery are taking place in increasingly public forums.  This generation can be evaluated on a mass scale without leaving their bedroom.  At times the Internet seems like a massive forum where crowds gather to engage in public flogging.

Witness POU videos.  In 2010 a young American girl posted a video asking ‘Am I Pretty Or Ugly?’ Others were inspired and a flurry of posts became a trend last year.  There are now more than half a million You Tube videos featuring preteen girls sitting in childish bedrooms decorated with posters for boy bands, fairy lights, pink curtains and dolls, whispering to the camera in a conspiratorial tone below the hearing range of nearby parents.  While simultaneously managing to preen and cower from the camera they follow a similar script, “So like a lot of my friends say like, you know, I’m beautiful blah blah blah, but I’m like shut up, um, I’m not.  So like, I want you to tell me. Am I pretty or ugly? Leave me a comment be honest. I can take it. I won’t be mad.”

These are tween versions of ‘rate me’ sites on Reddit and ‘Am I hot or not?’ sites on Facebook.  But while teenagers have always found it hard not to buy into the myths of unattainable beauty and perfection, POU videos are shocking for the fact that they are posted by children too young to even have braces.

When performance artist Louise Orwin discovered the videos, she was simultaneously appalled by the comments posted, impressed by the tweens bravery of opening themselves up to criticism and fascinated by the ideas of femininity and masochism.  She subsequently invented three teenage alter egos and posted her own videos.

Predictably perhaps, she was told to “f–k off and die”, asked to “send nudes”, and sent private messages by sexual predators.  Orwin reported that most comments were negative and 70 percent of them were made by men.  Her project has since become a blog, a video installation, an awareness project and a performance show called ‘Pretty Ugly’ that opens tomorrow night in London.

The cynics will say that a lot of these girls know they are gorgeous and need to feed off their vanity and validation.  For these young girls there is no such thing as bad attention.  Even exposing themselves to trolls and sexual predators is worth it.  But it seems to me most seem lonely, confused and so very vulnerable.  Experts have called the videos an act of self-mutilation as toxic as cutting or an eating disorder.  If you can stand to read the comments you can see why.  While some viewers write things like, “you are gorgeous and charming, but please go outside and play”, others are cruel — “You are hideous on the inside”, “Please don’t reproduce”, “You’re ugly”, “You look like a bug” and  “stupid slut” — to quote those that are quotable.  Now I know people who comment on Youtube videos are hardly an esteemed judging panel but for a 9-year-old, can I just say ‘ouch’.

My heart hurt to watch these videos.  It hurt for the girls’ aching vulnerability, their need for validation from strangers and their intimate sharing of the feeling that they can’t trust friends.  I had to turn away.   But before I did I invited my daughter and her friends who are the same age as those in the videos to watch. Red faced and sweaty from a play in the bush they crowded around the computer to recoil and scowl.

My heart fell further when their initial reactions were, “she’s ugly and she’s pretty”.  But as I questioned the girls about why they thought the tweens were posting POU videos they had some interesting insights.  “They’re doing it for attention. People should just ignore them,” one said. “They shouldn’t do that. People will be mean and then they’ll kill themselves,” another added.  “They’re doing it because they know they’re pretty and they want to hear it, but now they’ll just need to hear it all the time,” said a third.  Out of the mouths of babes.

Looking on the bright side of it all, Katy Waldman from Slate suggested perhaps the girls are preparing themselves for lives as adults by actively engaging with their insecurities as a way of banishing them.

Yep.  If that’s preparation I’ll try to teach my daughter to accept judgement in less public forums.  And while we tackle that task, she’s not getting a Youtube account.

via The disturbing world of ‘pretty or ugly’ videos.