I Think A Bullet Might Hurt A Little Bit Less Than This Loneliness: The Instagram Fad Normalising Suicidal Yearnings As Fashionable

Home>Cybersafety, Mental Health & Wellbeing>I Think A Bullet Might Hurt A Little Bit Less Than This Loneliness: The Instagram Fad Normalising Suicidal Yearnings As Fashionable
Previous Next

I Think A Bullet Might Hurt A Little Bit Less Than This Loneliness: The Instagram Fad Normalising Suicidal Yearnings As Fashionable 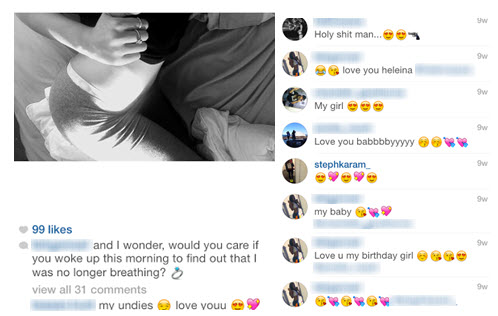 Suicide-themed captions crafted by girls are attracting hundreds of teen and tween girls. However there are almost no responses encouraging the distressed and possibly at-risk girl to call ‘000’, a kids’ help hotline or even asking ‘RUOK?’

Instead, adoring fans applaud with ‘likes’, approving comments and a shower of emoticon hearts before following suit and posting their own suicide-inspired image and caption.

As director of a company, Inspire Creative Arts,  working to strengthen positive social media engagement among young people, I am given an insight into the online life of young girls. From cyberbullying to drunken evenings, sex, gossip, body shaming, the ‘thinspiration’ and ‘fitspo’ re-posts, and semi-naked images: I thought I’d scrolled through it all. That was until I stumbled across Instagram’s suicide genre.

Instagram has become the diary of choice as a girl publicly pens her relationship breakdowns, friendship backstabs, family angst, bikini ‘body goals’, and the whimsical longings for physical touch and affection. All this, accompanying filtered images of an ocean, flowers, a sunset, a social gathering, her bedroom, laying on her bed, kneeling on her bed, an upper-body selfie with clothes intact or clothes removed, zoomed in on her lips, shoulders, side cleavage, abdominal definition, upper thighs.

But this public broadcast of death-pondering takes young people’s social media usage to a whole new level. The glamorising and approval of teen girl audiences of the desire to depart from life is surely one of the most dangerous digital conversations unfolding today.

Source: ‘I think a bullet might hurt a little bit less than this loneliness’: The Instagram fad normalising suicidal yearnings as fashionable