10 minute activist: hits the Target and gets a bulls eye

Home>Society & Culture>10 minute activist: hits the Target and gets a bulls eye
Previous Next

10 minute activist: hits the Target and gets a bulls eye 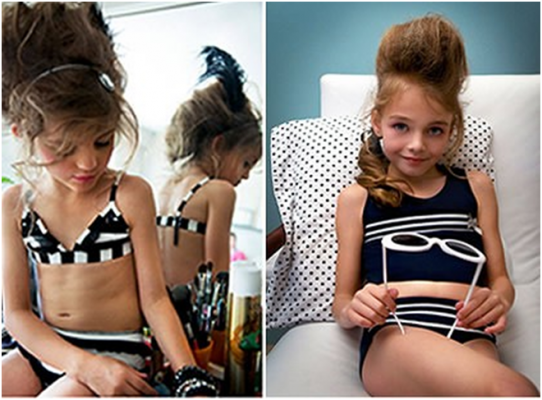 The power of one.

For anyone who ever doubted the power of one voice and social media they only need look at the effect Gretta Hawkhead from Port Macquarie has had by posting a comment on the Facebook page of department store Target. This ‘accidental activist’ was not expecting such a huge positive response when she simply asked Target:

“Could you possibly make a range of clothing for girls 7-14 years that doesn’t make them look like tramps. Whatever happened to modesty and feminine clothing that came in a colour other than black?”

So from one voice to 76,000 likes and counting, not bad in a week, of course some comments reflect that not everyone feels it is a problem to dress a 7 year old girl as a ‘tramp’. But it has got the mother’s of Australia talking, and that is a great start. It has also gained momentum with stories on Lateline and Today Tonight.

Melinda Tankard Reist, women’s advocate and founder of Collective Shout told Lateline” I hear from parents saying they can’t find underwear that doesn’t have sexualised, suggesting slogans. I hear from parents who tell me that they’re sick of seeing padded bras for very young girls and Target’s name continues to be mentioned.”

The topic of how young girls are being sexualised at such a young age is a very serious one. Children are growing up way too fast and feeling the pressures of trying to look ‘hot’ even though they have no idea of the connotations that go with it.

So do we really want our children to be looked at in that way by boys and men, do we want them to attract that kind of attention at such a young and tender age?

‘What’s the harm?’ some may ask ‘they are just following fashion and dressing up a bit.’ The problem is that once this Pandora’s Box is opened there is no going back to the innocence of childhood. It seems many young girls go forward with alarming speed and they get into other things.

Maggie Hamilton, author of What’s Happening to our Girls and Generation Next speaker points out that “We are getting ‘sexting’ in primary schools, girls sending topless photographs of themselves and so on.” It’s all downhill from then really.

After a talk Ms Hamilton gave at a school on the bombardment of the media and advertising on young girls she was approached by a female student  “At one school this 12-year-old came up to me and said, ‘thank you for telling all the adults about what it is like for us. I don’t know where to start with Mum’,” Ms Hamilton said.

She concluded “We haven’t thought through the impact of exposing our kids to stuff so early on.”

So help out and protect the future of our young girls. Go to the Target Facebook page and have your say about the clothing they are offering to little girls. At the age of seven don’t girls still deserve their childhood?