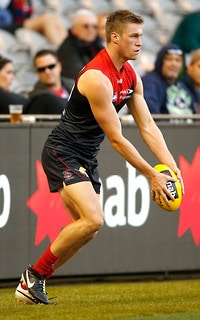 MELBOURNE has added meditation to its pre-game preparation this season, with the players using the technique to narrow their focus and switch on for the contest ahead.

Meditation has been part of the Demons’ program since the end of 2013, but defender Tom McDonald has seen major benefits from adding the mental relaxation technique to his game day program in 2015.

“We think our pre-game focus has been really good,” McDonald told AFL.com.au.

“The meditation clicks everyone into gear and it makes sure we’re not too amped up or anything like that.”

The pre-game meditation sessions occur two hours before the game and are run by Tami Roos, the wife of coach Paul Roos.

The players complete 15 minutes of meditation in the changerooms together, before being left to go through their own individualised preparations.