Should We Tell Kids Things Don’t Always End “Happy Ever After?”

Should We Tell Kids Things Don’t Always End “Happy Ever After?” 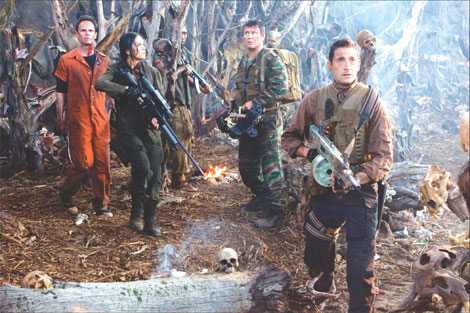 Lets face it, watching the evening news bulletin rarely makes for cheery viewing, but in the last few months it seems to have been particularly harrowing. Plane crashes, war zones, suicides and urban shootings have seemingly dominated the headlines.

My son is 6 and is as inquisitive as any child his age. Questions about why the sky is blue or will the sun ever go out I can just about handle (even if it is with the help of Google). But questions like, “Why do those men have guns?” or “Why are those children screaming?” leave me stuck.

Not stuck in the sense of I don’t know what’s going on. More that I’m stuck with regard to what I should say to him? Should I make something up? Should I tell him a G rated version of the truth – as if that would even be possible.

So it was with interest I read an article in the Herald Sun regarding how to talk to young children about the downing of Flight MH17 over the Ukraine.

A colleague of mine Justin Coulson – a prominent family expert and founder of www.happyfamilies.com.au – was interviewed as part of the piece. His advice was helpful.

With regard to what to say when kids ask you about stuff they may see on the news or hear in the playground, he advises:

“Younger children are usually going to be responsive to any response they are given, so as long as we give them an honest response – ‘Some bad people did a terrible thing and we don’t know why and these things hardly ever happen’ – young children will usually be fine and let it go,’’

“Now I know this will be controversial, but I actually think that for young children in particular, we want to cocoon them from this type of thing. People go on about cottonwool kids and bubble-wrapping kids, but in these sorts of situations, young children under the age of eight, they don’t need to know.

“They need to believe that the world is a safe place and a secure place. If they see this type of stuff it undermines that belief. They need to feel safe, not just told they are safe.’’

With older kids, if it is genuinely distressing, an open and honest discussion with parents is important, while teachers should be referring such students to counsellors, Dr Coulson said.

He believes the topic of life and death should not be the responsibility of schools, but of parents.

And as for things at Haesler HQ? I just keep the News off while my kids are up. Like Justin, I don’t think they need to know. Not yet anyway.