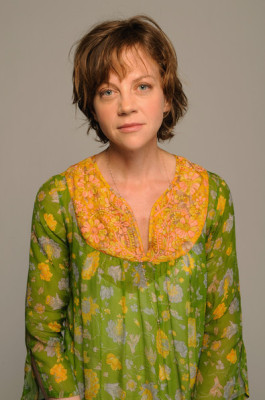 Yes it happens. But here’s what we can do …

Last weekend, the Good Weekend Guide featured the story of a 38-year-old Carrie Bailee who at the age of 9 was sold into a pedophile ring by her father.

The article sent shivers across the country. How could a 9-year-old be subjected to such horror? Why did her school not pick this up? Or other parents? The survivor Carrie herself posed the very same questions.

While Carrie’s torture happened in Canada, we cannot dismiss it, as the same exploitation of our children is happening here in Australia.

My work brings me into contact every week with stories of Australian children who are sold for s3x by their parents or family members; at-risk children who are preyed on by gangs; young teenage girls who are being forced into prostitution; and children being exploited to enrich the billion-dollar child pornography industry.

I have also learned that trafficking and exploitation does not discriminate by postcode. Only last week, I learned of a 25-year-old woman from Brisbane who was sold for s3x from the ages of 4-9 by a family friend (who was entrusted to care for her after school), while her high-powered executive parents worked 12+ hour days.

I reach out to you today – not to alarm you – but to let you know about a series of important film screenings and conversations taking place in Melbourne, Sydney and Brisbane over the coming weeks.

The events are the Australian premiere of ‘Playground: The Child S3x Trade in America’ (directed by Libby Spears, executive produced by George Clooney and Abigail Disney). You can view the trailer here.

Director Libby Spears is coming out from Los Angeles for the screenings, which will be followed by a Q&A with Libby and key Australian leaders. Libby is also the Executive Director of NEST Foundation, and has many years’ experience working with survivors, government, schools, law enforcement and more.

What’s alarming about the picture in Australia is that the issues of sex trafficking of Australian children is severely under-reported and improperly understood.

A national online survey completed by the Australian Institute of Criminology, 75% of respondents believed they would not be able to identify a trafficked person.

While the subject is grim, we encourage you as well as parents and educators that you know to attend and learn more about the issue.

Together we can work on safeguarding the innocence of children here in Australia … and learn to become the parent or the educator that is able to identify and save a child like Carrie.