The Next Level: What Happens When Kids Can’t Turn Off Their Games

Home>Mental Health & Wellbeing, Mental Illness, Technology>The Next Level: What Happens When Kids Can’t Turn Off Their Games
Previous Next

The Next Level: What Happens When Kids Can’t Turn Off Their Games 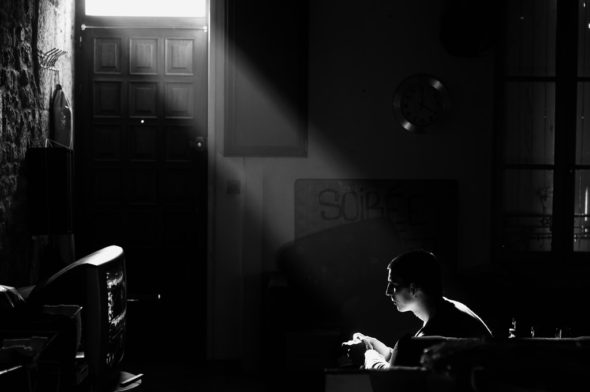 It was nearing midnight when she slipped out of bed, padded across the wood floors and peered into the room across the hall. Her 15-year-old son was still awake, like she knew he would be, sitting in his bed, staring at his laptop screen. This had long been his nightly ritual: After hours spent playing video games — riveted by a world of guns and gore, adrenaline pumping — he would unwind by watching videos of other gamers playing.

Turn it off, she said.

I need to finish, he said.

Their voices got louder. She doesn’t remember exactly what made him reach for the glass on his bedside table. He threw it with such force that it spun across the room and shattered against his closet door, carving a two-inch gash in the white painted wood. Tiny shards glinted on the striped rug.

By then, the family’s stately home in New York was riddled with such scars — nicks in the walls, scratches in the floor, a divot in the marble countertop lining the kitchen sink. All remnants of the boy’s outbursts, which had intensified over the years, almost always triggered by a simple request from his parents: Byrne, please turn off the game. Please get off the computer.

When Byrne threw the glass, his mother, Robin, didn’t panic; she mostly felt numb. For five years, she and her husband, Terrence, had felt their son slipping away — descending deeper and deeper into a realm they didn’t like or understand, consumed by the virtual worlds shared by millions of strangers, all reachable through his Xbox and his computer. Robin and Terrence had conferred with therapists, medical experts and school counselors to try to help their son.

Just weeks before, they had turned to an education consultant, who helped them come up with a plan: Byrne had to go away — first, to a summerlong wilderness therapy program, where he could reconnect with himself and the real world around him, and then to a boarding school. He had to start over, in a place with strict structure, where he couldn’t spend his days immersed in video games.

His parents knew it was their last option. If this new plan couldn’t save their son, maybe nothing could.

Read more: The Next Level