Who is teaching young people about sex and relationships in the digital era?

Use of pornography in Australia

Flood and Hamilton undertook the first Australian academic research into adolescent use of pornography in 2003 and found that 73% of boys and 2% of girls aged 16, viewed pornography regularly.1 Today these figures are estimated to be much higher as access to pornography is free and instantaneous online.  As the volume of users steadily increases the age of users has fallen dramatically. At the same time, the nature of most pornography has become more violent and extreme. What was once called hardcore or fetish pornography is now main stream.  In fact, Australian’s classification board would refuse to classify (RC) the majority of pornography that is freely accessible online as it is too violent and regularly depicts participants (mainly young women) who are in distress and/or who are being violently and inhumanly treated. 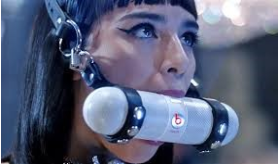 Access to pornography has also changed dramatically since the advent of the first web page in 1991. 3 Prior to on-line access, pornography was typically consumed via printed material or R 18+ or X 18+ videos purchased at adult stores.  Today unclassified, illegal pornography, usually made in the USA or Russia, is available online to anyone who has Internet access.  It is important to note that in Australia most children by the age of 8 have free and unrestricted access to the net with 30% of children surveyed in 2011 reporting they had seen something online that upset or bothered them. 4

Creating and sending sexual imagery is now a common expression of adolescent sexual experimentation in Australia. A 2013 Australian survey found 42.9% of secondary school students had sent a sexually explicit text message while 41.9 % had received a nude or near nude photo.7 The extent of the sexting issue became clear in one Victorian DEECD region this year when a sex-ting crisis was declared. In March 2014 senior DEECD staff and Principals met to try to work out how to help students understand the serious personal and legal consequences of sexual experimentation and expression online.

Given these alarming statistics many educators, sexual assault workers, health and social service providers are desperate to find ways to educate young people about the harms that are possible when sexual exploration and experimentation occurs online. The burning question we are all asking is:

Does today’s violent pornography negatively impact young people and their intimate behaviours? If the answer is yes then is pornography contributing to the normalization of sexual violence and gender inequity in our community?

Researchers, police, health workers and social service providers all agree that inequity is the root cause of sexual assault, sexual abuse, intimate partner and, family violence.  With appalling domestic violence statistics well known in our community it is time we looked even further into the genesis of inequity by asking more fundamental questions about how it has become so deeply entrenched in our culture. Why not start by looking at the issues at puberty with relevant and up to date sex and relationship education that acknowledges pornography’s influence?

The most important concerns for educators are lack of understanding of the issue and lack of clarity around the laws concerning children and admitting to criminal activity. The fear, confusion and lack of knowledge around this issues means that sex and relationship education in Australia is years behind the young people it is meant to educate.

Discussing sex and relationships in the digital era requires a discussion about the harms of noramalising pornography’s industrial view of sex. As bizarre as it might seem questioning pornography and its violent and mechanical view of intimacy is currently a taboo topic shrouded in silence in our culture, our classrooms and for many in our homes.  So what can we do to address inequity at its source and make sex and relationship education relevant in the digital age?

First and foremost we can start talking about the way pornography is contributing to gender inequity. We can take the discussion about pornography out of the taboo topic corner and open it up for discussion.

We teach children road safely when they are little, why not teach our children about navigating the superhighway online as they explore and experiment with their growing interest in sexual activity?

We can educate and train teachers and parents on how to talk about the issue with young people. Up skilling teachers and parents will help to facilitate open discussion without judgment. Open conversations that are not shrouded in judgment will do much to assist young people to deconstruct the many negative models of sex and relationship that are being offered online. We can offer alternative models of sexuality to that of pornography, we can also talk about sex and gender divers sexuality openly as we should. Any discussion that engages people, young and older to make conscious, informed and positive choices for better sexual and emotional health and wellbeing has got to be good for everyone.

We can all start a broader based public discussion and media conversation to raise awareness and understanding about the harmful impact of pornography’s violent model of sexuality and relationships and the link it has to normalising violence against women in our culture.

Finally, we can urge governments and universities to undertake further research to help us understand what impact viewing violent and degrading sexual material has on the physical, emotional and mental health of young people.

Equity in Intimacy is not a gender issue – it is a human rights issue.