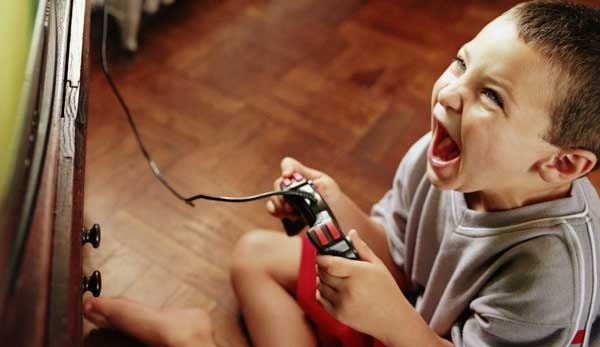 The study, authored by James Alex Bonus and Alanna Peebles, graduate students in Communication Arts, and Karyn Riddle, assistant professor in the School of Journalism and Mass Communication, was published in June in the journal Computers in Human Behavior. The researchers looked at how video games may be used to manage emotions—specifically, whether playing the games can improve mood.

For the experiment, half of the subjects were asked to play a frustrating video game called, appropriately, “Maximum Frustration.” The game is designed to be nearly impossible to complete, although the subjects were led to believe they should be able to go through all the levels in 10 minutes. The other subjects skipped the frustrating game and went directly to the next phase of the study.

The frustrated and non-frustrated subjects were then given a PlayStation 3 game—either a nonviolent one titled “LittleBigPlanet 2” or a violent game called “Fist of the North Star: Ken’s Rage.” They played for 18 minutes and then filled out a questionnaire about their emotions and feelings about the game.

The researchers found that frustrated players were motivated to progress farther in the games, which decreased their frustration and boosted feelings of competency. This process of emotional restoration increased players’ enjoyment of both games. However, those players who highly enjoyed the violent game showed a tendency to perceive the world in a more hostile way than those who played the nonviolent game.