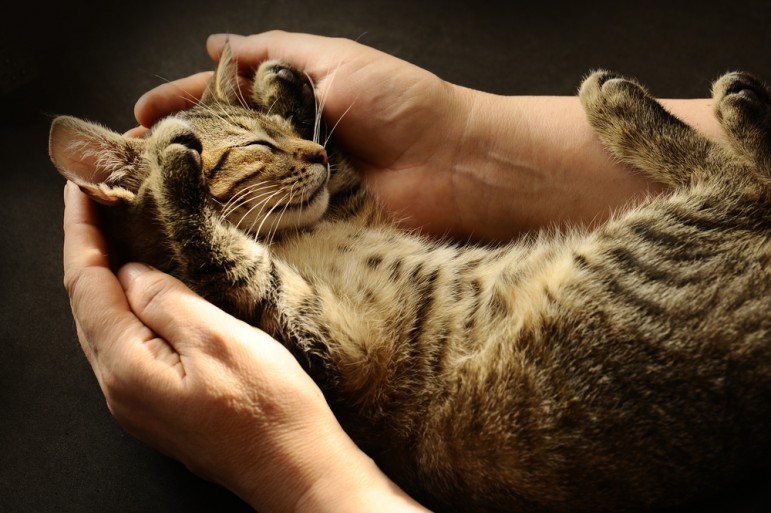 The association between cats and lunacy is a common one in pop culture. Think of James Bond’s villain Ernst Stavro Blofeld (Number 1) and his cat, or Inspector Gadget’s Doctor Claw and M.A.D. Cat; or think of Dr. Eleanor Abernathy, the Crazy Cat Lady from The Simpsons. Is it somehow stored in our collective unconscious that cats go hand in hand with mental illness? Where did this perception come from? Is there a reason? Apparently, yes. It turns out that this association may not be totally random.

The parasite Toxoplasma gondii is mostly known for causing the disease toxoplasmosis. The only known definitive hosts (hosts in which a parasite reproduces sexually) for Toxoplasma are felids, such as domestic cats and their relatives. Its sexual reproduction leads to the formation of oocysts, which are encysted or encapsulated structures in which spores develop and that serve to transfer them to new hosts. These oocysts can then be shed in cats’ feces; they then take 1-5 days to sporulate in the environment and become infective.