Last Friday saw our speakers give stellar presentations at our second and final Student and Youth Wellbeing Program. As part of the National Day of Action Against Bullying and Violence, many of the presentations spoke to this theme which is becoming an increasing problem for young people.

Jonny Shannon started the day by relating both his personal experience of being bullied as a teenager, as well as how he turned his life around by working on his insecurities and the way he reacted to negative comments. He went on to outline some of the most common forms of miscommunication he’s now seeing in young people as a speaker on this topic, and what can be done to either reverse or live with them. One of the biggest issues is that the rise of so many text-based interactive platforms has meant that young people are missing out on the body language, tone and facial expression that makes up the greater part of interpersonal communication, leaving much more room for misunderstanding. Some young people have even told Jonny they’ve taken offence at a full stop in the wrong place! Because of this, Jonny suggested that sensitive conversations should happen in person or at least via phone whenever possible. 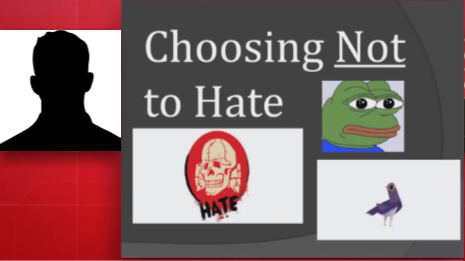 Matt X then looked at the extreme reverse of the issue, again drawing heavily on personal experience. Growing up marginalised and abused, Matt became the leader of a racist gang and was on the verge of committing an act of terrorism. His path was radically altered when he was saved from violence himself by an asian person, who he’d been taught to hate his whole life. Having had his worldview shattered, he then had to commit to de-radicalising his friends, and has been combating the proponents of hateful ideologies ever since. He warned the youth audience of how hate speech is thriving online, often masked in the seemingly harmless veneer of memes. He also gave a brief outline of the recruiting tactics of hate groups, so that young people could potentially stop themselves and their peers being led down the same path he was.

Next up was Brett Lee with his presentation ‘Are You Being Groomed? Brett covered a very specialised type of violence, the sexual abuse and coercion of young people online. It’s an area that Brett is almost uniquely equipped to talk about, having spent hundreds of hours interacting with child sex offenders as a detective while pretending to be a young person. He related to our youth audience the tactics employed by these individuals, from identifying and filling an emotional need in the victim, to desensitisation of sexual content, to persuading or coercing them into sex acts. While doing so he also related how young people can reduce their risk of being targeted by cyber predators, as well as what they can do at any stage of this process. 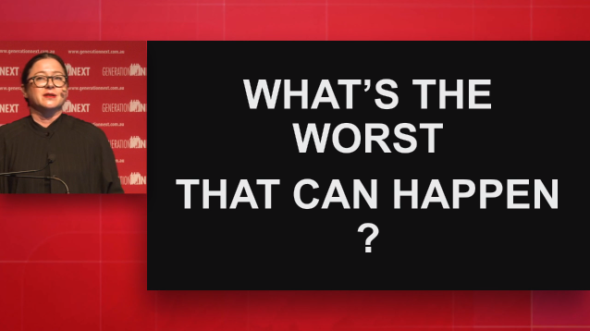 The day concluded with a lesson on resilience and forgiveness from Gill Hicks with her talk ‘What’s the Worst that Can Happen?’ Gill related her incredible story of having been a victim of the 7/7 London bombings where she lost both her legs, and having used her willpower to not only recover, but to go on to become an internationally recognised advocate for peace. The process changed her from an individualist to having a keen appreciation of the interconnectedness of all people, and recognition that this can be a pleasure but is also a responsibility. Her goal now is to reduce the ignorance which can cause people to hate and blame other groups of people when unchecked.

Our audience made great use of the interactive components of the day, but of course many more questions were asked than our speakers had time to answer. To make up for this, we’ll be fielding some of these questions via our Youtube channel, our podcast and upcoming editions of the newsletter. If a young person has a question on these topics that they didn’t ask previously, please encourage them to write to [email protected].