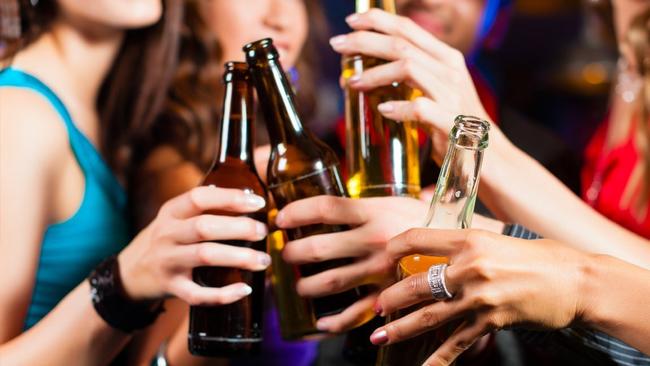 Young adults who regularly binge drink have elevated blood pressure compared to those who drink occasionally, and could wind up with high blood pressure, researchers warn in a new study.

Among binge-drinking young adults, investigators found that systolic blood pressure (the top number in a blood pressure reading) is 2.6 to 4 points higher compared to those who don’t binge. This is enough to put some in the early stages of high blood pressure, said senior researcher Jennifer O’Loughlin.

“Our findings show that more than one in four young adults who binge drink meet the criterion for prehypertension,” she said.

“This is worrisome because this condition can progress to hypertension, which in turn can cause heart disease and premature death,” explained O’Loughlin. She is a professor of social and preventive medicine at the University of Montreal.

Binge drinking is defined as five or more alcoholic beverages consumed on a single occasion. Previous studies in Canada and the United States have shown that about four in 10 young adults aged 18 to 24 are frequent binge drinkers, the researchers said in background notes.

Prior research also has linked alcohol to high blood pressure, and O’Loughlin and her colleagues wanted to see if that link affected even young adults.

Typical blood pressure among young adults is around 104 systolic, which represents the pressure in arteries when the heart beats, O’Loughlin said.

The researchers drew their data from an ongoing Canadian study on nicotine dependence, which also asked questions about drinking habits at age 20 and 24, and measured blood pressure at age 24.

The research team compared 756 participants, looking at whether binge drinking at age 20 and 24 affected their blood pressure by age 24.