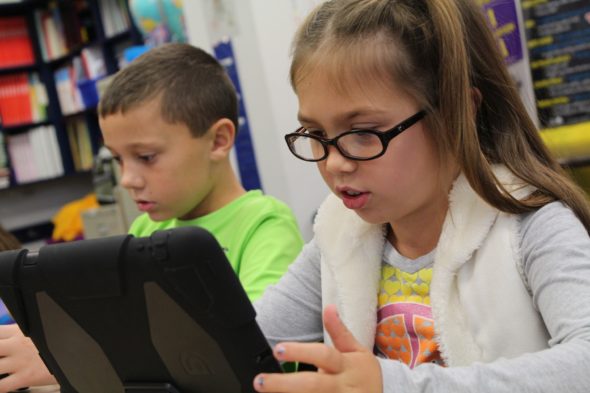 Recently a primary school in Brisbane informed its Prep (Foundation) parents that all of its students would be required to have an iPad for school and this would be done at the parent’s expense. Needless to say this raised much discussion and debate. As part of this discussion I found myself on a radio program where I questioned the school’s approach specifically and more broadly the efficacy of computers/technology in regards to enhancing learning and educational outcomes…I soon found that I was adding fuel to a raging fire.

From the outset it is important to note that I am not a Luddite and/or anti-technology, but I am somewhat cynical when I hear propositions of how technology has become a panacea for improving education. My cynicism grows exponentially when state and federal governments use catchy slogans as ‘Digital Education Revolution’ to justify spending huge amounts of tax dollars on computers without looking at what the research and data around such an expense actually says. In order to support my cynicism I ask you to consider that according to a 2015 report by the OECD, investing heavily in school computers and classroom technology does not improve pupils’ performance.

For those who may be unaware, the OECD is the same organisation that administers the Programme for International Student Assessment (PISA). PISA is a worldwide study of 15-year-old school pupils’ scholastic performance on mathematics, science, and reading. It was first performed in 2000 and then repeated every three years with a view to improving education policies and outcomes. Most recently the OECD provided a ranking of performance amongst countries and this ranking was devised by combining the mathematics and science test scores for 15-year-olds across 76 countries, using results from international tests including PISA results from 2012 and data from Trends in International Mathematics and Science Study (TIMSS, 2011). According to the OECD, Australia ranks 14th behind Poland (11th), Vietnam (12th) and Germany (13th). In other data tabled in the report, Australia ranks 19th for secondary school enrolment rates, behind the United States, the United Kingdom and the United Arab Emirates; and 17th for having the lowest share of students (just under 20 per cent) who have not acquired basic skills. Of even greater concern to some was that Australia’s performance in the PISA tests, held every three years, has shown a steady decline. In 2000, when the first tests were held, Australia ranked 6th for maths, 8th for science and 4th for reading (out of 41 countries), dropping to 19th for maths, 16th for science and 13th for reading in 2012 (out of 65 countries). It should not come as a surprise that such results had politicians and commentators advocating the raising of standards and often decrying the education system and its teachers.

The point of outlining the above is not to engage in the debate of standards or accountability which can be as contentious as the use of technology in schools. Rather, the report above provides evidence contradicting the many that see computers and technology as paramount for achieving great outcomes. The report also echoes a growing body of research around learning and child development and it is noteworthy that according to the OECD the use of computers in schools, to date, has been hugely disappointing. In fact, the report notes that the frequent use of computers in schools is more likely to be associated with lower results. The report also goes on to note that one of the most disappointing findings is that technology is ‘of little help in bridging the skills divide between advantaged and disadvantaged students…put simply, ensuring that every child attains a baseline level of proficiency in reading and mathematics seems to do more to create equal opportunities in a digital world than can be achieved by expanding or subsidising access to high-tech devices and services’.

One final important caveat emerging from the report notes that education systems which have invested heavily in information and communications technology have seen “no noticeable improvement” in Pisa test results for reading, mathematics or science. Moreover, among the seven countries with the highest level of internet use in school, it found three experienced “significant declines” in reading performance – Australia, New Zealand and Sweden, and of these three Australia has the highest rate of daily internet use in schools and at home for schoolwork.

Now I am quite certain that the above information and the position taken by this author will certainly agitate some bureaucrats, technology gurus and others who see technology as the key to school success. To date, however, the above report coupled with a growing number of empirical studies as alluded to earlier, suggest otherwise. The OECD does however note that perhaps the crux of the problem is not technology itself but rather an overestimation of the digital skills of both teachers and students, naïve policy design and implementation strategies, a poor understanding of pedagogy or because of generally poor quality of educational software and courseware. To that end it is important to bear in mind that technology is a tool not a cure for educational ills, that ‘apps’ are not necessarily educational because they are marketed as such and most importantly, anything we do to, and with, children should be based on the best available evidence. If a school wants to engage with technology, then a parent has every right to ask for the evidence demonstrating how it will assist their child above and beyond what might otherwise be achieved without some manner of techno-wizardry.

Mr Michael Nagel is an Associate Professor at the University of the Sunshine Coast. He can be contacted on [email protected].