Why Autism Diagnoses Are Often Delayed

Why Autism Diagnoses Are Often Delayed 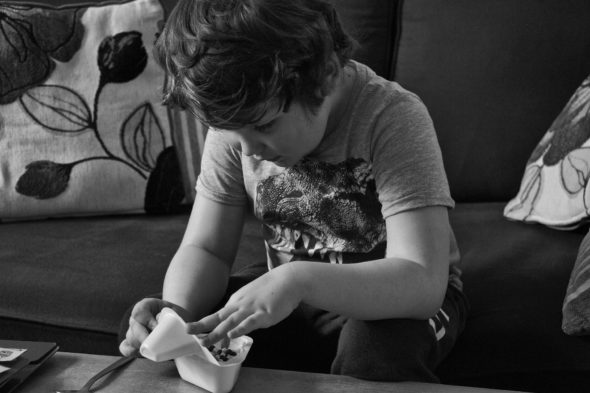 For children on the autism spectrum, very early social skills training, preferably before school age, can have a major impact on later development. But a lot of kids are missing that crucial intervention.

For many, it’s not because they’re not getting diagnosed—it’s because they’re getting a different diagnosis first. Often, it’s ADHD, diagnosed by a pediatrician at age 2 or 3. Or parents are told that their child has sensory processing issues. Then, the autism isn’t picked up until the demands of school and social situations increase. One mother we know got both—sensory processing at 2 years old and ADHD at 4—before her son was diagnosed with autism just shy of his fifth birthday.

Those initial assessments are not necessarily inaccurate, as far as they go. It is estimated that 30 to 40 percent of children with an autism spectrum disorder do also have ADHD, and sensory processing challenges are so common in kids with autism, they are considered a symptom of the disorder. But they can delay an autism diagnosis if practitioners and parents stop there. And while these children are getting treatment for ADHD or sensory processing issues, they’re missing out on therapy that can have a much more important impact on their lives.

Seeing beyond the quick diagnosis

“There is a tendency that once a patient has a diagnosis, because they have a number of symptoms that fit that diagnosis, clinicians can develop a bit of tunnel vision where some other findings might be overlooked,” says Dr. Amir Miodovnik, a developmental pediatrician at Boston Children’s Hospital.

Dr. Miodovnik is the lead researcher on a study of autistic children, published in Pediatrics, which linked an initial diagnosis of ADHD to a delay of three years, on average, in the autism diagnosis. Children who had first been diagnosed with ADHD were nearly 30 times more likely to receive their autism diagnosis after age 6 than those for whom autism was their first diagnosis.

The study confirmed Dr. Miodovnik’s clinical experience. “We see a fair number of children we evaluate for autism spectrum disorder at an older age,” he says, “who previously have had an ADHD diagnosis.”

Why is autism overlooked in these early screenings?

There are a number of reasons why these initial evaluations don’t result in an autism diagnosis. To avoid delays, parents should be aware of them.